I have a chest infection :o( This isn't good. I didn't get any sleep at all on Sunday night, because I was coughing and then wheezing and then nebulising, which helped for a short while, but only about a half an hour, and then it all started all over again. Luckily I managed to get a doctor's appointment for Monday early evening. She wasn't impressed and was quite keen for me to go into hospital, but I persuaded her that I was okay to stay at home, and eventually she conceded on the proviso that if things get any worse then I call 999 and go straight in. I agreed I would. The doc's given me antibiotics (Co-Amoxiclav) that are like horse pills, but hopefully they'll kick in and beat the infection before the infection beats me. I had a bit of a better night last night ... though that might in part be down to the sleeping tablet I took (perhaps not the best thing to do when breathing isn't good, but I desperately needed the sleep). I'm still pretty lousy today, and have had a temperature, so I've had a pyjama day doing very little except watching the telly and using the computer. Mostly I've been touching up the photos of my nephews that I took when I was in London a few weeks ago. Here are a few of them: 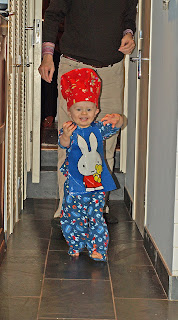 Oliver in his 'cooking hat' and apron, and with freshly washed hands, ready to make pancakes. 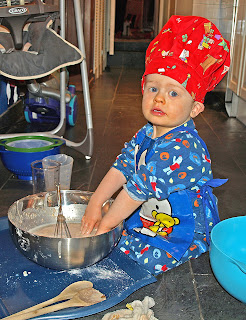 Having washed his hands in preparation for making pancakes, Oliver thought it a good idea to then wash his hands in the pancake batter. 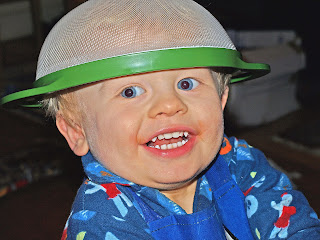 Obviously the only thing to do when you're waiting for your pancakes to cook is to put the sieve on your head. 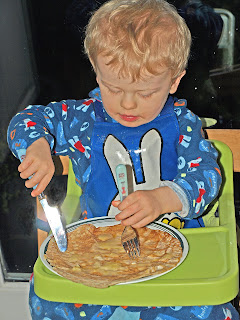 Digging in and enjoying the fruits of his labour. We all did and they were delicious. 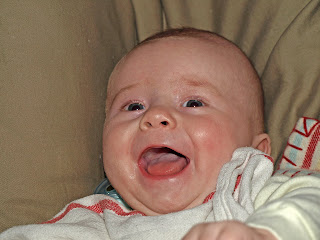 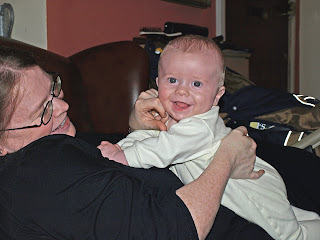 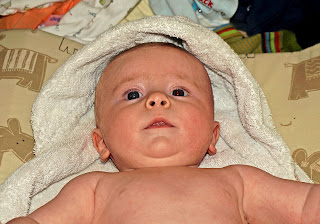 Getting dry after your bath is a bit more serious.

How are you doing? Hope the antibugs are working, and you didn't get captured.

It will soon be summer! Smashing pictures, well done.